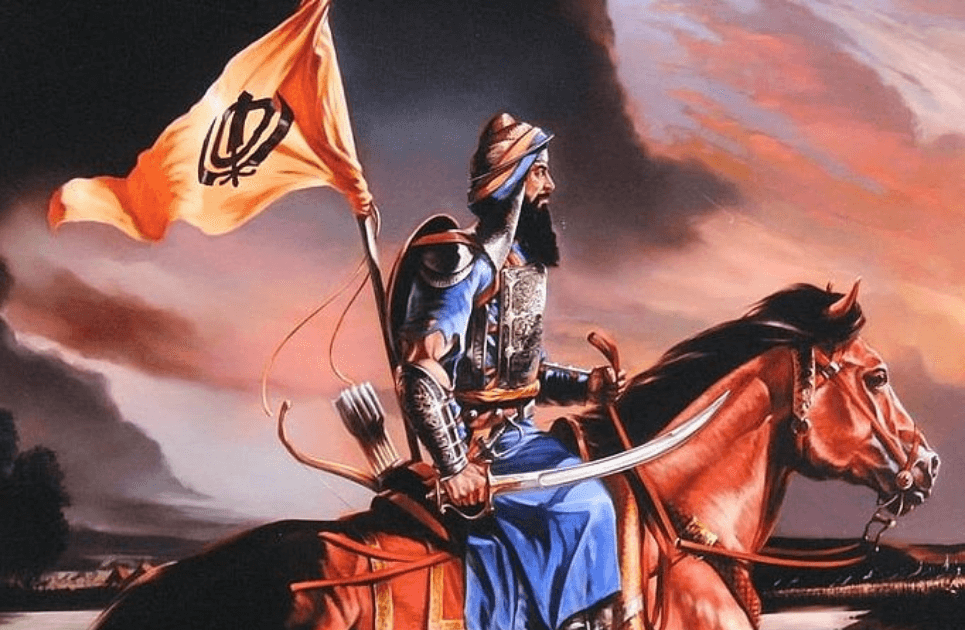 Guru Gobind Singh Teachings has inspired me a lot to write this brief article. Did you know that at the age of 19, Guru Gobind Singh fought against an alliance of three kings and came out victorious? The son of Guru Teg Bahadur, the ninth Sikh Guru, Guru Gobind Singh was just a teen when he defeated the combined forces of Fateh Khan, Bhim Chand and the kings of Sivalik Hills in the Battle of Bhangani.

Guru Gobind Singh was the tenth and the last Guru of Sikhism before he declared the holy book, Guru Granth Sahib, his successor instead of a human. The Sikhs all across the world revere the book in the same way as they would a Master. It would not be an understatement to say that with his wisdom and precepts, Guru Gobind Singh transformed the Sikh faith forever.

The founder of Khalsa Panth, Guru Gobind Singhji’s life had plenty of teachings that we can practice in our day-to-day and lead happier lives.

Guru Gobind Singh was a poet, musician and a warrior He was a well-versed scholar of many languages like Urdu, Hindi, Sanskrit, Persian, Braj Bhasha and Gurmukhi (script). His divine poetic compositions are all of the phenomenal literary levels. Guru Ji composed Jaap Sahib when he was just 19 years old. Jaap Sahib describes the attributes of the Almighty in an ultimate rhythmic style.

Gurudev Sri Sri Ravi Shankar describes this teaching in a perfect way. Gurudev says, “He established this rare combination of firmness and softness that you should be dynamic, and still be soft in the heart. You should be inwardly spiritual, a saint, but a soldier as well. You cannot just be a saint and say, ‘Okay, whatever has happened, let it happen!’ You should stand against injustice, and simultaneously, be compassionate within you, like a saint.” This is the Character of Guru Gobind Singh.

Guru Gobind Singh advocated and wrote many poems on how only those who have loved shall attain Divinity. He was a true devotee and believed that God has no marks, no colour, and no caste and is indescribable. God is not a human and is literally everywhere in all living things. He perceived love for God and His creation as the route to salvation.

Guru Gobin Singh lived his life for the happiness of people and made many sacrifices in order to serve society. He lived by the principle of ‘service before self’ and believed that one should employ all means necessary to help people. One’s last resort should be pulling up the weapon but if that is required, one should not hesitate or delay in that.

Guru Gobin Singh thought of everyone as equal no matter what religion, caste, or creed they belonged to. He had the utmost respect for all religions and believed that difference is created only by humans.

He thought of himself as the servant of God and was vehemently against anyone who considered him a God. He was never shy to admit that he had received the status of a Guru because of the people who believed in him, otherwise there were many unknown mortals like him in the world who deserved the same.

6. Be an Inspiration for others

Above all, many of the 52 hukums (or instructions) by Guru Gobind Singh promotes an ordinary householder to lead an ethical way of life. For example: “abstain from thievery, adultery, cheating, deception, swindling and pillaging”, “donate a tenth share of your earnings”, “do not withdraw performing virtuous acts”, “do not indulge in drinking alcoholic beverages”, “make an honest living” etc.

7. Be mindful of your speech

Guru Gobin Singh knew the strength of words and always taught his followers to be extra wary and respectful when speaking to others. He made a special hukum for a man to not subject his wife to cursing, or verbal insult. He was oppressive against gossiping of any kind and taught people to not dishonour others or speak bitterly about others even in private. He also encouraged people to not make false statements and keep their promises at all costs.

These are some of the words of guru gobind singh on life. Let’s ignite the spirit of the noble teachings of Guru Gobind Singh within us, and meditate on the path of service and devotion he laid out by his teachings, and by his life.